Theana and I went on a roughly planned trip to Manchester this weekend to visit Harriet! We had a lovely time and even though we could only stay one night we did loads and had some really lovely quality time together :)


When we arrived at about 7pm ish (I can't actually remember..), we went to tesco (other supermarkets are available) to buy some ingredients for dinner. After a while we decided on burgers with a lot of extras - cheese, bacon, onion and mushroom! 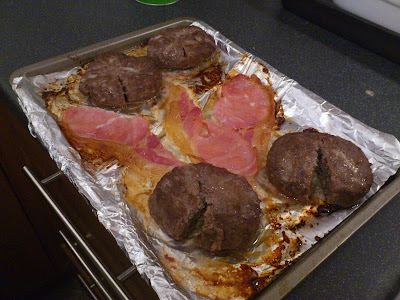 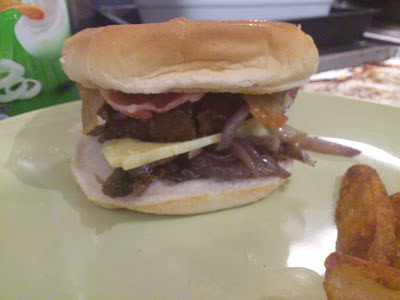 They were amazing, we had them with wedges :)
We then watched a film (Blue Valentine) and ate easter eggs - ha they were on offer! Fee had tea, Haz had tea too but I gave it up for lent so I had to have a horlicks! After a long kerfuffle putting the air bed up we got to sleep at some time past midnight.
The next day we woke at 9am, had showers and got ready for the day. We got the bus to town and started shopping. I had to have an appointment at the apple store as my phone was broken but, as always, anything that goes wrong with me works for a professional (such as a car/mechanic situation) and it was fine. We then went to Selfridges, bought some Mac make up (we're all the same shade foundation ha), Harriet got turned orange, Theana lusted over the mulberry bags, I bought a new top (one from a previous wishlist!!) and we bought some american sweets (more to come there). 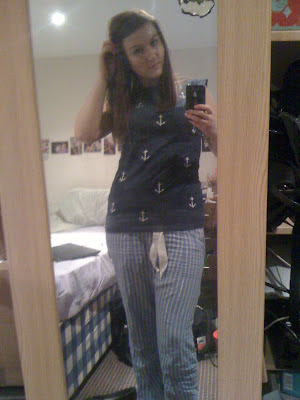 Here's my top (new dark hair if you can tell, sorry about the PJ's - took this photo after writing this paragraph ha)
After we were done in Selfridges we took a wander down the high street, but we caved and went for a coffee as we were starting to lag ha. Did you know there were only something silly like 205 calories in a skinny hazlenut latte? I didn't. 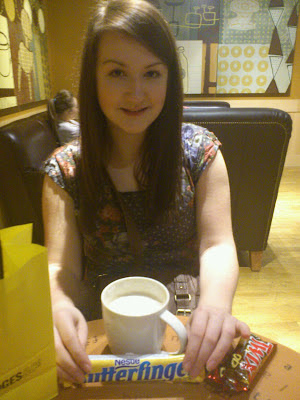 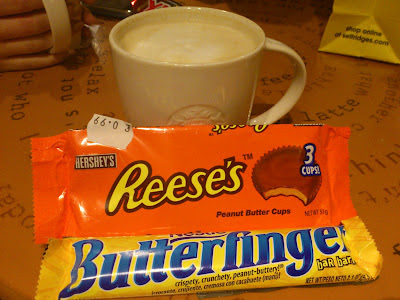 I've never had a butter finger before so I am excited to try it :)
After this, we ventured to Jack Wills and Cath Kidston. I'm not a Jack Wills fan but the shop was made into like a town house, it was a very cool idea! 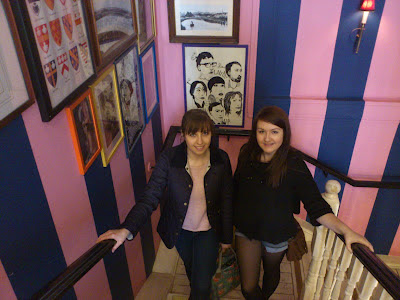 Inside Jack Wills (Theana's got a new fringe ;) ) 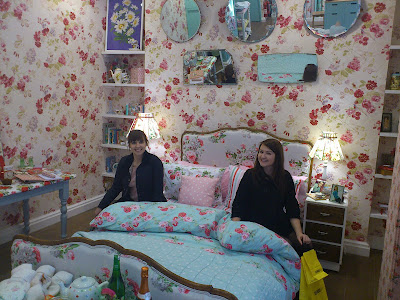 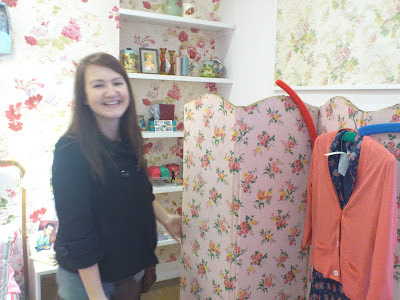 room divider
We then started making our way to somewhere for food, went through boots and got offered another make-up session but with Benefit this time. Now I'm sure we've all heard great things about Benefit so I couldn't pass up the opportunity, especially when she said 'when we're quiet we just like to show off our new products and there's completely no obligation to you...' KA-CHING. of course I ended up buying the most amazing mascara in the world but we'll keep quiet about that one ;)
After this we went for a late lunch to a new restaurant we thought we'd try; Tampopo, which offers a wide range of east Asian dishes. I had Pho Xao Bo, Harriet had Pad Thai, and Theana had Chap Chae. 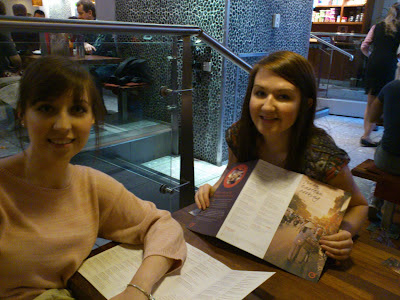 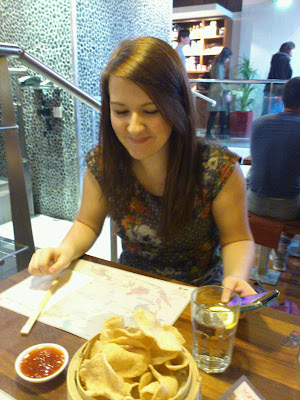 ^ those prawn crackers were goood 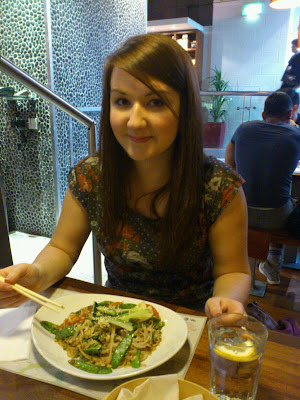 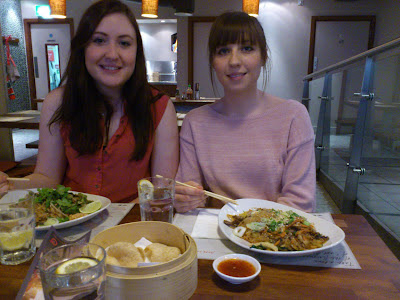 The food and service was more than lovely, would definitely recommend and return! The previous night we were also able to convince Harriet to come back with us so that she could see her boyfriend, so we all set off for another road trip :) 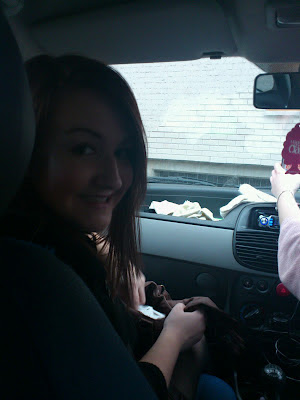 co-piloting.
I have this horrid sinking feeling that I have something planned for tomorrow that I can't remember and haven't written in my diary/on my calender. I hate it when that happens. Have you guys had a good weekend?