It's my housemate Rachael's birthday today so Theana and I spent most of yesterday afternoon trying to make her a cake. It didn't go well.. but that's mainly because we couldn't decide which kinda cake we wanted to make so it kept changing! We knew we wanted it to have white chocolate and raspberry in it.. but that was about it. The logistics did not work out ha, Theana - 'yeah we'll melt the chocolate and flavour the cream with it' me - 'is that really going to work? Will it stay melted or just have hard bits in the chocolate?' Theana - 'no it'll be fine..'

It wasn't fine ha. We made 3 different layers - 2 chocolate one plain sponge. in between the layers we made a white chocolate and butter ganache type thing, with sweetened whipped double cream and raspberrys, and for the top we did that again but also had chunks of white chocolate. we also covered the rest of the cake in a thin layer of the whipped cream; 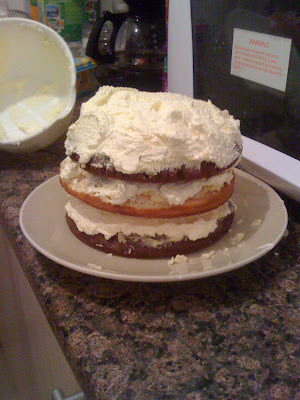 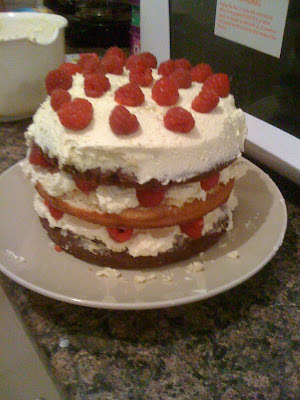 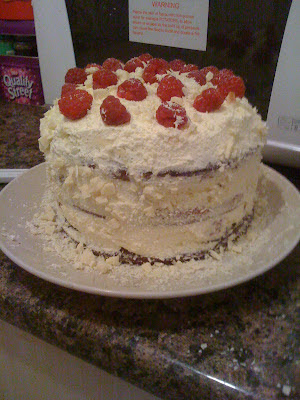 It is going to be SO sickly sweet, so small slices are going to be necessary... but hopefully tastey all the same.
The sides were so fun to decorate too - I just threw chocolate shavings at it! ha
How are you spending your weekend? For Rachael's birthday we're sorting a murder mystery night.. with proper costumes, accents and characters! Photo's to follow :)