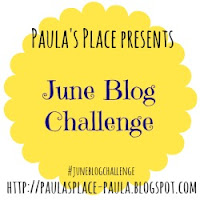 I'm jumping on the bandwagon of another 30 day challenge. The link up is with Paula over at Paula's place, so stop by and say hi if you fancy joining in! For this challenge I'm not going to put as much pressure on myself to do every.single.day and I'm going to get better at posting about the things I actually love blogging about, mainly weekly catch ups etc. but it is nice to have some prompts in and out :)

Day one- relationship status.
I'm in a relationship, most of you should know that; I talk about Michael often and in a dreamy sort of manner. But I haven't always been this way, obviously. I used to fear relationships, and being tied down, and not being able to flirt with anyone I wanted to. I didn't understand relationships, what they were supposed to be like, how you should feel, or act, or basically what to do. I knew how to date people, I dated really well. As I'm usually busy I meet lots of new people and one good conversation turns into going for drinks, or for a picnic, or something fun. But past that. Past the initial, yeah, this guy gets a second date.. I had no clue.

I didn't understand being comfortable around someone. I didn't understand not having to impress them all the time, I never lied or act different or anything, but I didn't understand that I could just be myself. and because Michael's always been around, and visited tonnes, you can't share a bed every weekend and not let someone see you without make up on, or hang out with them so long you end up smelling haha! but yeah, that just grew into something. I guess it might be time to share the story of Michael and I with you? I know he'll enjoy reading it from my point of view, so here it goes.

Michael and I went to the same nursery/play group/pre school/primary school, not secondary school or sixth form but we stayed in touch. I remember inviting him to my birthday parties because Kirk was my boyfriend, and Paige was my best friend, and Paige went out with Michael, and Michael was best friends with Kirk, so it was kinda by default! But yes, we sat on the same table at school and I'd often look over his shoulder for a maths answer (don't let him know, he thinks I'm better than him at maths). So yes, past primary school we stayed in touch - we used to go ice skating with other friends too on a Friday night. Michael then broke my heart and started to go out with my best friend at the time Tasha.. ha. But they broke up, and I think at that point we started going out..? but yeah, either way, he was my first kiss way back when (and I still remember it to this day). OHHHH we also used to go to the teens night out at a local club, he was always so cool.

Michael top row second from the right
me bottom left (oh no! now you know I'm a fake auburn-er)

yeah, errr.. Michael was always considered one of my best friends, he always came to my birthday gatherings (half hour drive on his little moped), he helped me decorate my friends Christmas tree and he was just generally a happy, supportive presence in my life. I even remember taking him for pizza and a movie when he broke up with his girlfriend, we watched pineapple express. Anyways, so off I went to uni when I was 18, and he visited me in my first year, when I made him sleep on the floor on a leaky air bed when I had a double bed allllll to myself. Michael is a very quiet soul, around others he usually doesn't say anything unless it's warranted - he's not good at small talk, so my friends didn't really get to know him that well (mainly because we're all loud and lairy). But in my second year Michael joined the army, and came up North to train at Catterick. I am not too far from Catterick which made it very easy for him to come to me, and better for him because he would have to travel 8-9 hours home each weekend or stay on camp (which no one ever did). So at that point we were spending more and more time together, and my friends were getting to know (and love) him a bit more, and we just always had a good time. Plus I didn't make him sleep on the floor haha.

When Michael passed out of the army (Nov 2011), something serious and daunting happened to his family - but that's not my story to share here. What this meant for Michael and I, was that it pushed us a lot closer because it was a big thing for him to deal with, and I was always there for him. From this point and more into the following year, I was starting to think of Michael in a different way because of all the love I had for him. So like adults, around summer 2012 we discussed it and decided to see how things went, and figure out if we wanted to be in a relationship. That was a difficult summer. For all the reasons I stated in the first two paragraphs. and I was a nightmare to put up with. Things didn't work out between us at that point, and we agreed that we'd tried to force something into happening when we shouldn't have; we should have let it happen in it's own time if it was going to happen. So we carried on our lives, and I was so thankful that I still had my best friend (luckily).

So, fast forward some incredible fun times like alton towers, Ilkley trips, special weekends, graduation, London trips and many visits to me at uni, Michael and I spent two magical weeks together before he deployed to Afghanistan. At this point, I knew I couldn't and didn't want to live my life without Michael. But because I'd already messed him around once, I didn't want to say anything because I didn't want to do it again. All I knew, was that we would be able to work through any kind of issue we might face, together, and for each other, because that's exactly how our relationship worked anyways. So I sat on my feelings for a bit longer, until I became a little more accustomed to the negative feelings deployments brought about; I didn't want to act too quickly just because I was missing him, so I made myself make sure that my feelings were true. I didn't get with anyone else, I haven't in a long time, I didn't even look at other people, he was just on my mind all the time, and he felt like my boyfriend already.

So I sent him a hand-written bluey titled 'the top ten reasons why you should be my boyfriend', and I waited ten LONG days for that letter to arrive in his hands on the 28th of April 2013. And, typically, just like the movies, he was told that he would have to move out that evening and not be contactable for a couple of days. Prior to hyperventilating at the thought of him reading the letter and not talking to me about it, I almost demanded him to read the letter and get back to me. Confused, he obliged, because he's such a lovely boy. And he called me, and he said yes (three times, in different voices because I asked him to seem more enthusiastic/sincere haha). And ever since then I have not looked back. We have lots of things to figure out between ourselves, but I love that boy so much and I would do anything for him, so I know we'll be able to sort it. regardless of what it is.

So yes, this turned in to a MAMMOTH post. But I needed a place to jot it all down so in ten years time I won't be like.. oh was it this? blah blah blah. and yeah, it seemed to fit in. I have to admit that I'm a little tired of people telling me my life is like a film, or dear john, so please don't say that unless you have to, haha.